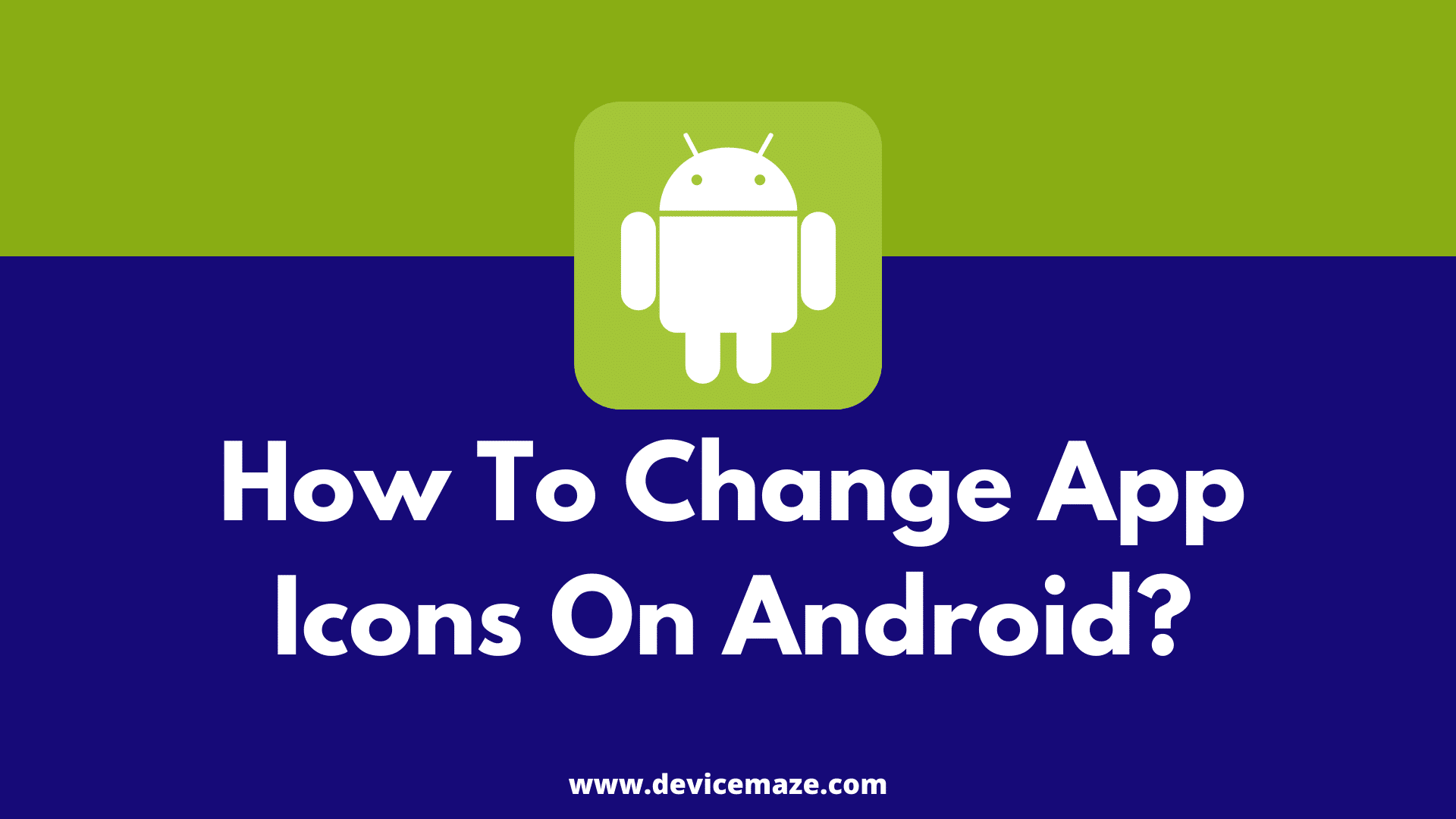 One of the coolest parts of Android is its endless customization possibilities. Unlike iOS, you are allowed to completely change the look and feel of your Android device by using custom themes, icon packs, and whatnot. But what if you wish to change the default apps icons on Android? So the question is how to change app icons on Android?

For this, there are a few methods that you can try out. The easiest way to install a launcher app and apply a dedicated theme to reskin app icons. Or you can simply go install an icon changer app on your Android phone to change app icons.

However, to help you out, I am going to mention both of the ways one by one. So let’s just get into the topic without wasting much of the time:

But you should know that Android launcher cannot alone change the app icons on Android. Along with it, you will need to download an icon pack too.

However, if you do ask me for my suggestions, I personally like using Nova Launcher. And for the icon pack, I would recommend you download your favorite one.

As far as the Nova Launcher is considered, it is available as a free yet paid version. However, the free version should do the job. But if you want to get advanced features, I would recommend you to get the paid version.

Anyway, let me just go ahead and help you with all the steps that you have to follow:

That’s it. This will change your Android phone icon to the icon pack you have selected. Also, you can go back to the default icon packs by following the same methods.

An Android launcher gives you a wide range of customization options to change the look and feel of your Android system UI.

Android icon changer simply lets you change the default icons of your device.

This is a pretty helpful approach to those who don’t want to use an Android launcher. But who wants to enjoy unique icons on their Android device.

There are quite a lot of apps available on the Google Play Store. However, among them, I personally liked using Awesome Icons and Icon Changer. You can download both of these apps absolutely free, and they are pretty easy to get started with.

However, for this tutorial specifically, I am going to use Awesome Icons. And here are all the steps that you need to follow:

That’s it. However, the main drawback of this app is that it does not really change the icon everywhere on your Android device.

Instead, it changes the icon on the home screen or you can say it lets you change shortcut icon Android.

So that was a quick answer to how to change app icons on android. Now go ahead and check both of the methods out and see which one is working the best for you.

However, if you ask me, I would recommend you try out the Nova Launcher method. Anyway, if there is anything you would want to ask, then do feel free to drop a comment below. And I will help you out.