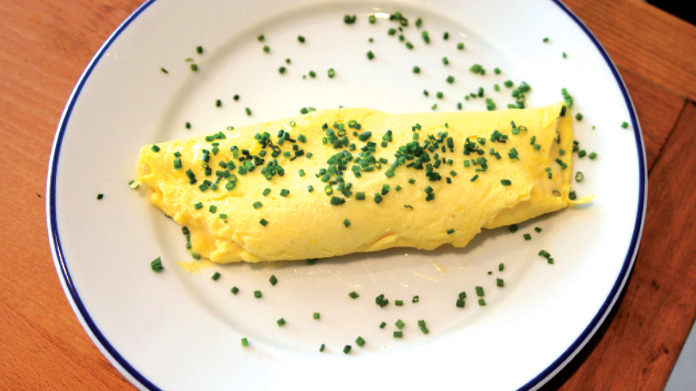 What spoke to the beginning of quarantine quite like home cooking? We were, whether or not we wanted to, spending a lot of our time in the kitchen and also playing Hotel Game.

New recipes were continuously put under test and Instagram saw its fair share of baked goods. Jumping on the trend, HBO Max launched its very own cooking show. Locking down actor, singer, and general superstar Selena Gomez, and the new streaming service launched Selena +Chef, where we find Gomez sitting down –over Zoom- along with some of the world’s best chefs.  By establishing a virtual connection between them, the chefs walk the home cook through some of their signature recipes- and all those at home get to kick back, and watch someone else desperately search for a missing ingredient. Scroll through to know some of the Recipes created by Selena Gomez you can try your hand at.

(1) Selena+ Ludo Lefebvre: The very first episode of the very first season introduces viewers to the world-renowned chef and Petit Trois owner Ludo Lefebvre, and to Selena, her home kitchen. Ludo teaches Gomez and crew how to prepare a mouth-watering (and oh so buttery) French omelet. Although it is utterly descendant, it is perfectly simple. Upgrade your $2 carton of eggs into something worthy of a Michelin star. And talking about the other half of the episode, it focuses on how to prepare the perfect soufflé.

(2) Selena + Jon and Vinny: Jon and Vinny are quite popular in Los Angeles, a city run on kale salads and green juice, for their homemade pizzas and rich pasta. Although known for their hefty Italian dishes, the two joined Gomez for episode five of season one, to walk her through a classic roasted chicken dinner. It is the perfect meal for meal-prepping or entertaining. Moreover, they are simple in theory, but unbelievably intimidating. Home chefs can take on the bird with full confidence as the two professionals take viewers through the entire chicken roasting process, together with tips on flavoring to the more specific things like temperatures and cook time. There are chances that this recipe will surely be emulated in Hotel Game as well. Money saved, meals prepped.

(3) Selena+ Kelis Rogers: Kelis Rogers was once known for her hit single Milkshake, but now she has taken to the simple life, growing and harvesting food for recipe development. When she joined Selena in the kitchen for an afternoon, she did what all home cooks could ever hope for in a recipe. Yes, she pulled out the pressure cooker. You might not be quite familiar with cooking oxtail, Kelis makes it look quite simple, and also Gomez and Company’s reaction makes it seem well worth the endeavor at cooking something new. This is one of the most popular Recipes created by Selena Gomez which is prepared by turning Yucca into fry and then drowning it in oxtail stew and shredded cheese.

(4) Selena+ Antonio Lofaso: In the second episode of the show, celebrity chef Antonio Lofaso joins hands with home chef Selena to prepare DAMA’s, which is Lofasos’s Los Angeles Latin American restaurant, signature seafood tostada. This recipe is perhaps not for those who get easily nauseated. The fifth step involves cutting off the octopus’s head but it’s worth the process if your stomach can handle a little food handling. A ceviche of octopus, shrimp, and calamari is created by the chef, and to top crisp, homemade tortilla chips. They are made perfectly fresh by seasonal vegetables, and are also acidic from the vinegar and citrus, and also salty from the seafood. Once you try out this Recipe created by Selena Gomez, your taste bud will be activated. No doubt about it!!

(5) Selena+ Marcela Valladolid: This episode is definitely a great watch if not anything else. Here, Selena reconnects with her Mexican roots to create enchiladas and mole. This is one of the most incredible recipes executed by none other than Marcela Valladolid that will surely be emulated in Hotel Game. He is both the host and chef of Food Network’s Mexican Made Easy. Both of them work together to whip up a simple mole, which is always a good option for any home chef willing to prepare a veritable Mexican meal to learn. And while the “drooling because I’m so hungry”, reflex in viewers is triggered by the shredded chicken mole tacos, what really takes it home is the cinnamon sugar Bunuelos. Be it ingredients or practice, this dessert is unbelievably simple and ends up tasting otherworldly. This Recipe created by Selena Gomez will surely drive you to indulge in more than one. It’s a win-win.