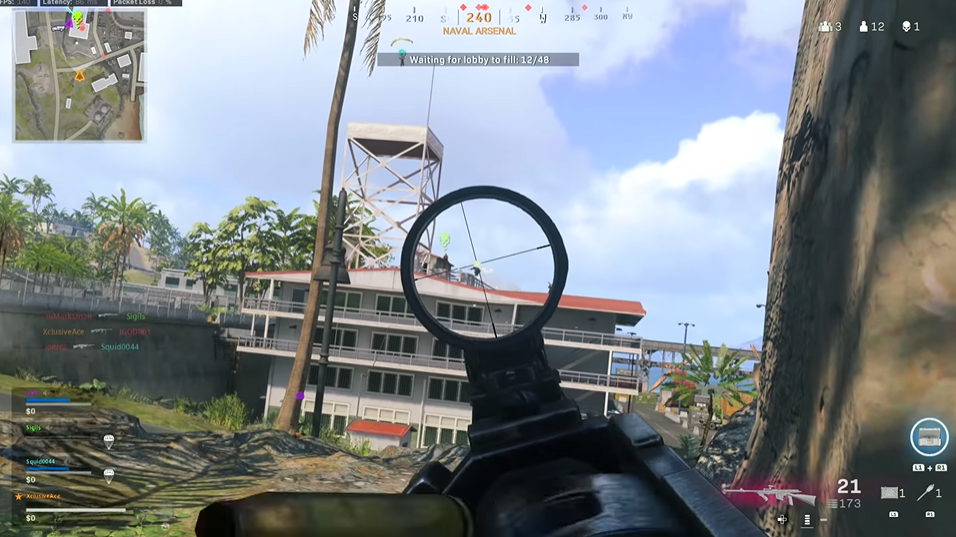 Call of Duty: Warzone is now much bigger and better than before, thanks to the recent addition of a fresh new map, Caldera. Caldera is included in the Pacific update, and there is a lot to uncover there. Caldera manages to feel like a completely new Call of Duty: Warzone experience, thanks to a slew of new locations to explore and memorize, different ground loot than you’re used to, and several ruleset modifications. A large number of cheats being barred is beneficial.

This article will go over five crucial Beginner Tips for the Caldera Map. You can find more articles about Call of Duty: Warzone at Battlelog.co.

5 Beginner Tips For The Caldera Map in Call of Duty: Warzone

Contents show
5 Beginner Tips For The Caldera Map in Call of Duty: Warzone
Take advantage of heights.
Arriving early and late
Be Aware of the Landing Sites
Learn How Planes Operate in the Caldera
Get to Know Caldera’s New Contracts
Conclusion

Due to the flatter terrain of the older maps, players were forced to seek protection within structures to survive. Everything was virtually on the same level in internal firefights because they were both industrial, unlike other battle royale maps. Caldera changes all of that, making Warzone a more dynamic experience. Caldera differs from the previous maps in that it features hills and valleys, which means gunfights will play out differently.

Because players can now gain an advantage in height over their opponents, it is now easier to scout adjacent enemy players. Because of this new aspect, even the best snipers will be no-scoping adversaries in no time. Furthermore, uncertain terrain can make things reasonably challenging, which means that surprise attacks may become more prevalent, making Warzone more engaging and fun to play.

Caldera’s new map in the Call of Duty: Warzone Pacific update, Caldera’s new map contains many congested areas with lots of loot distributed around the map’s perimeter. This implies several players will drop early or late, leaving the midsection with fewer participants than expected.

For example, if your drop path takes you over Capital and then Arsenal on the other side of the map, you can select between the two for good loot and kills. The same goes for Docks and Airfields.

All battle royale games follow this fundamental rule: the locations where players arrive at the start of a match might impact the outcome. Landing in hot zones on older maps, such as Verdanks and Rebirth, meant two things: first, the possibility of finding valuable loot, and second, the possibility of encountering other enemy players in the same spot. It’s high-risk and high-reward to go into those zones right now.

Caldera, the newest Warzone map, continues in a similar vein. While the loot on the previous two maps was primarily concentrated in the central sections and other specified spots, the most valuable stuff on Caldera may be found along the shorelines. So, players prefer to quit out very early or very late, depending on the situation. If players successfully land on one of the shorelines, they will be able to take up powerful load-outs, including iconic one-shot weapons such as DMRs.

Planes are one of the most significant new additions to Warzone Pacific. There are several things that every player should be aware of. First and foremost, planes are exceedingly easy to bring down on the ground, even with a simple bump into a parked vehicle or a tree. This indicates that you’ll want to parachute out of a plane rather than attempt to land one.

You should also be aware that every player receives markers on every other plane in the same plane. They also receive markers on their mini-maps, which allow them to see where enemies are on the ground, which is useful for strafing runs.

The most crucial advice for Caldera is to make sure you comprehend the new contracts that have been placed on the map. Players should be familiar with many new contracts before joining the game.

Even if you do not obtain the contracts yourself, it is important to comprehend them. For example, you should be aware that green smoke symbolizes a care package that you can take from another squad’s contract if you know what to look for.

As players gain more hands-on experience in Caldera, there will undoubtedly be more tips and methods for you to learn. Until then, make certain that you have the finest loadouts possible.