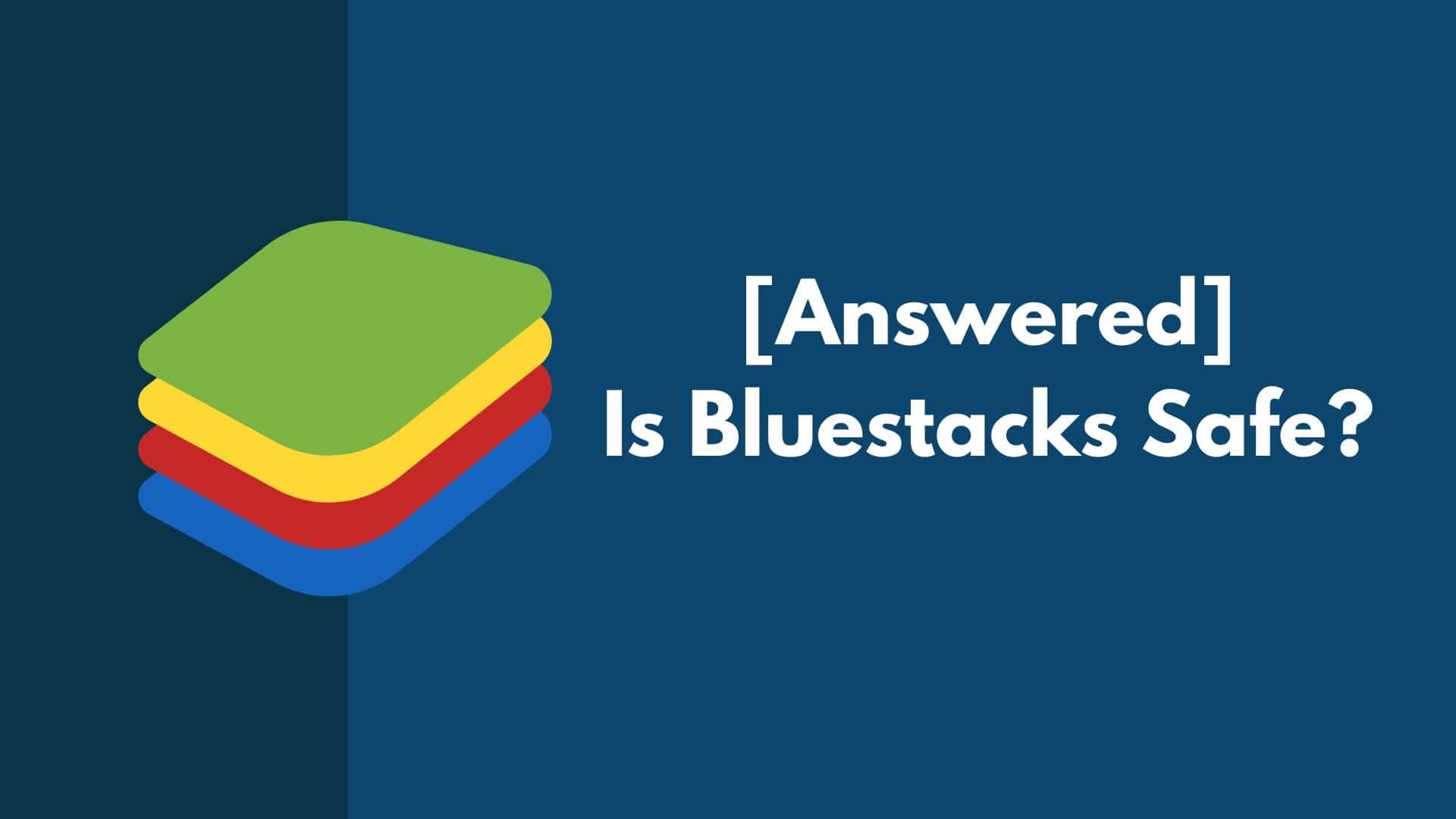 Is bluestacks safe? A common question that many of us have in our minds. Of course, it may seem suspicious to use any kind of third party applications. And having suspicious thoughts about Blustacks is no exception.

Talking about Bluestacks, it is an excellent app that allows you to run Android apps and games on your computer. But there are users who find this application to be a threat to their computer.

However, there is no need to worry. In this article, I will be answering if Bluestacks is safe to use or not. So let’s just get into the topic:

Bluestacks is an excellent app that allows you to run Android apps and games on your Windows and Mac computers. It is often considered the best Android emulator, and you can download the emulator free of cost. And what Bluestack really does is that it creates an Android like environment on your computer.

The emulator was founded back in 2011 and to provide users with a platform where they can play their favorite Android games. Bluestacks has been developed by some of the big companies like Intel, AMD, and Qualcomm. And so far there are more than 370 million users are using this application.

One of the main reasons why Bluestacks got extremely popular is that it was developed with high quality graphics. As a result, you will be able to play heavy games and run applications.

Bluestacks is also developed while keeping all types of PC configurations in mind. As a result, you don’t really need much computer resources to run the application smoothly.

Does Bluestacks Slow down Your PC?

One of the common questions that many users have is whether Bluestacks slows down your computer or not. Although, as I have already mentioned that your PC does not require higher end system requirements to run.

Hence, it will not slow down your computer. However, if you are installing this emulator despite not having the quoted system requirements. You are going to face performance issues for sure.

But if you have a PC with good hardware, you don’t really need to worry about any performance issues. It will run just like any other application on your computer. However, you might see some performance drop if you keep Bluestacks running in the background.

Now the question is whether Bluestacks is a legit application or not? The main job of Bluestacks is to run a virtual Android device on your computer.

As you already know that Android is open source. As a result, anyone can adopt Android and create a product around it. So Bluestacks is a legitimate application that is using Android.

Is Bluestacks a secure app?

Apart from being a legit application, is Bluestacks a secure app too? Well, the major Antivirus and malware protection applications did not find any suspicious treats in Bluestaks.

However, to help you understand better, here are the test results of Bluestacks by different Antivirus applications:

You may also think that Bluestacks contains Malware, and it can put your computer at risk. However, I have tested the emulator using different and popular trusted Antivirus and malware protection software like Kaspersky, McAfee, Norton, and others.

But, these softwares did not mind any malware threat in Bluestacks. So you can be sure that Bluestack doesn’t contain any malware in it.

However, there are users who reported that some antivirus applications keeps showing threat on Bluestacks. But it does not mean that Bluestacks is not safe to use.

Is BlueStacks Safe to Use on Windows 10?

One of the common concerns that many users have whether it is safe to install Bluestacks on Windows 10?

Well, if you ask me, then there is no need to get worried about the emulator at all. It is absolutely safe to install and run.

Bluestacks also has a reputed background, and it has received investments from popular companies like Intel, Samsung, AMD, Qualcomm, and others.

However, you should know that Bluestacks automatically sends anonymous data statistics to their servers. But that is only to improve the user experience and make Bluestacks even better.

Also, it does not collect any of your personal information, and it has implemented high quality security and privacy features.

Is BlueStacks Safe for Mac?

There are also quite a lot of Mac users who want to install Bluestacks and have this question, is Bluestacks safe to use?

Well, even if you are a Mac user, there is no need to worry about Bluestacks at all. Bluestacks is a legit application verified by different antivirus programs.

Also, it has gained reputation and recognition from some of the popular tech websites on the internet. Plus, it does not really collect your personal information.

Is Bluestacks a security threat?

And this is enough to make you think that Bluestacks is not really a safe application to install. But trust me, there is nothing to worry about.

Bluestacks does not harm your computer in any way. The reason why you might see the warning, because your antivirus program is designed to block attempts that try to change your computer settings. And your Antivirus considers it as a threat and blocks it.

However, while installing the emulator, Bluestacks might change a few things. Such as:

However, these are the basic tasks that most of the applications do. So you don’t really have to worry about anything.

Yes, Bluestacks is a safe Android emulator to use on your Windows and Mac computers. Most of the Antivirus programs have trusted the application, and so no one reported facing any threats from the emulator.

However, some of the antiviruses might consider Bluestacks as a threat. But there is nothing to worry about. Just make sure to download the emulator from its official website only to avoid risks.

What to write for Us? Please click below for your Technology/ Gadeget/review article for Write for us