At present, some players only love consoles, some players like mobile games, and other players are obsessed with PCs, and there exists more and more three-dimensional players, which prefer the 3 kinds. In order to meet the needs of the players with all aspects of development, we provide game equipment integration which can be achieved in all aspects. If you collect all of the game equipment, you can play the games with your friends in a pleasant atmosphere. And the price of collecting a whole game equipment is not so expensive.

If you are crazy about console games, then you will not be able to refuse the game controllers or the game consoles. When you buy a console, you will be given a game controller and a charger, such as a switch, XBOX. I have purchased it before, so I know that if you buy a host, you will get a gift. Of course, the same as PS according to my investigation, you can also buy a combination set. 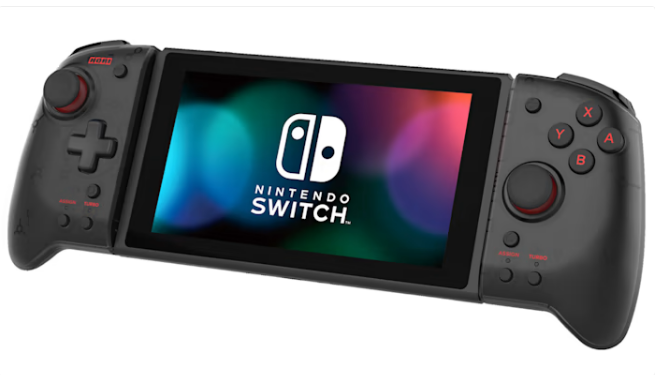 Headphones are very basic for players. We’re sure that you must need the headphones if you have neighbors or the sound insulation is not so good. You can just plug your headphones into the jack of your gamepad, which can make you feel away from the hustle and bustle of the city. You can have a feeling that the world only belongs to yourself. The price of this product varies according to the quality, but overall it is not expensive.

I like to cast my game to a bigger screen, so I can see it better and be more immersive. I often use the switch console, but sometimes I can’t see the enemies clearly because the screen is too small, which often makes me feel crazy and frustrated. A video conversion base is also a very good item which can help you to solve the problems.

Do you like VR games, especially some ps4 somatosensory games? Do you know that somatosensory games require cameras to capture the player’s motion and transmit the player’s actions in the process of game more accurately. Another main function of the camera is to use face recognition to power on, which improves a lot of security and convenience.

Many gamers who like PCs want the convenience of having a gamepad, but they are not willing to give up the keyboard. The feel of the keyboard and the sound of tapping the keyboard are fascinating. So a kind of mini keyboard was published, which does not take up space and can be directly inserted into the gamepad to solve the problem of incompatibility.

As far as I know, the controller provided by the XBOX console does not have a back button, although its performance is good, but some games need more operation, then the function is not enough. So there are two kinds of solutions, one is to exchange a gamepad with a back key. The other one is to buy the back key accessories yourself and then install them on the controller, which is super convenient.

As for me, the charging base is super convenient. First, we can use it to charge the switch, but most of the time I use it as a bracket. Sometimes, I feel that the house is very messy and my things are put here and there. So when I want to play games, I can’t find the controller. At this time, we recommend you to purchase a gamepad charging base. Generally, the charging base is supposed to be placed in a place where the socket can be inserted. After playing, you can just put it on the charging base. And because of the height, you can find it easily.

Are you a mobile game enthusiast, if yes, you’ll know the advantages of the bracket. Of course, nowadays the controllers which are suitable for mobile games have the function of brackets.

These are some accessories that we recommend you to buy, and the price is relatively moderate. If you think these things are too complicated, there is another set of solutions.

Due to the fierce competition of the industry, more and more additional functions are designed to attract consumers for the uniqueness of the product. So now the function of the controllers is more and more complete and comprehensive.

For example, some controllers are adapted to PS, and they may also be adapted to PC, android, and IOS. Some gamepads are adapted to switch, it may also be adapted to PC, steam, Tesla. However, some handles not only have the basic functions, but also have the custom programming keys, a burst turbo key, back buttons, etc., and it is even luminous. One of the most important things is that the price is not so expensive when the performance is guaranteed. (Actually, as for me, I’d like to choose a wireless controller with a high cost performance.)

Yeah, here I would like to recommend some controllers. I have bought the basic suit of switch, XBOX controllers and another two wireless gamepads. One of the two paddles is a cute cartoon game controller, which doesn’t have any special features, but the appearance is super good. If you’re choosing a gift for your girlfriend or female friends or children, this may be your best choice. The other controller is good for me.

The touching feel is good. Especially the joystick, which is very smooth, and has the one turbo burst function. This function is suitable for the players who like playing some shooting games. There is also a back button, which is used most by the professional players. And it’s adapted to switch and PC, too. In general, it makes me feel fantastic when I use it in the process of a game. I spent just 63$ when I bought it.