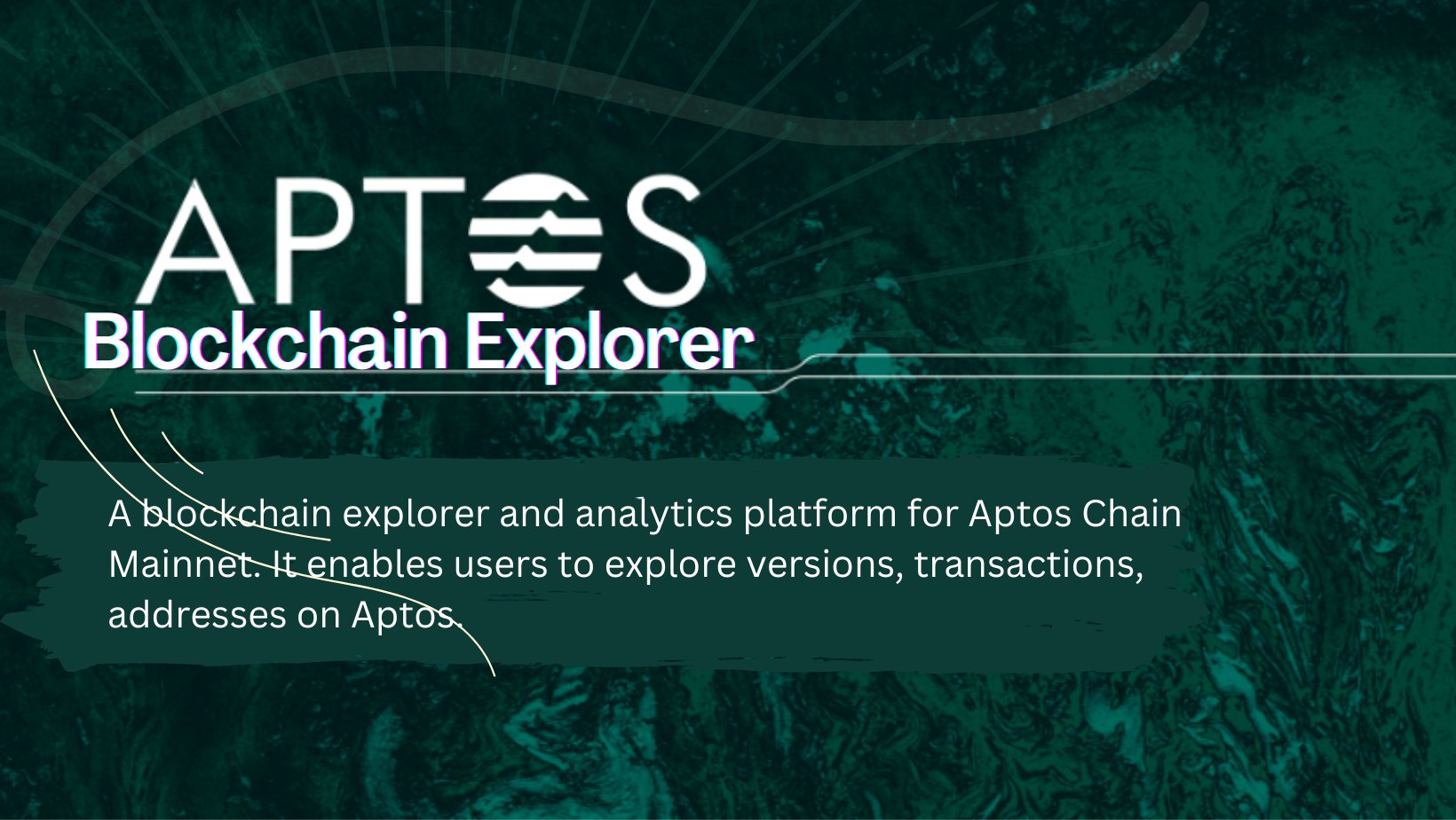 Aptos is a public blockchain that aims to solve problems with reliability, scalability, and usability. Its on-chain data can be used by developers to create decentralised applications and analysed by users. The Aptos network can do more than 100,000 transactions per second thanks to its parallel execution engine (Block-STM) for smart contracts, which is based on Software Transactional Memory principles.

After Jump-Backed Wormhole and Pyth joined the Aptos ecosystem, OKLink is the first team to launch an Aptos blockchain explorer while closely watching cutting-edge blockchain technology. Aptos used to be worth more than $4 billion because it was backed by companies like a16z, Jump Crypto, Multicoin Capital, and others.

OKLink has listed more than 100 DApps in the Aptos ecosystem. Because Aptos’s grant program gives developers non-dilutive funding to build the ecosystem. Over 100 projects have already been built on the network, which can be seen in OKLink.

The OKLink Aptos Blockchain explorer, which is similar to Bloomberg in the crypto industry, gave the ecosystem information about the basics of Aptos Blockchain and made Aptos known to more people.

Using Multichain Explorer, you can compare how well different chains are doing. It will show how dedicated the founding team is to help their community.

OKLink has already released eight blockchain explorers in 2022 thanks to agile development. After Ethereum’s merge, our blockchain explorer tracked the first block when it emerged. Blockchains let users filter blocks, transactions, and content.

The Best Blockchain Data in China

OKG has spent years on blockchain R&D and commercialization. OKG has more than 10 offices in the U.S., Europe, South Korea, Japan, etc. Its subsidiaries (“Group”; 1499. HK) released their 2022 annual report. The company recorded revenue of HK$385.6 million and gross profit of HK$84.0 million, up 80.9% year-over-year.

Joining OKLink’s multichain explorer and buying up OKG is a nice thing to do for China’s market and ecosystem.