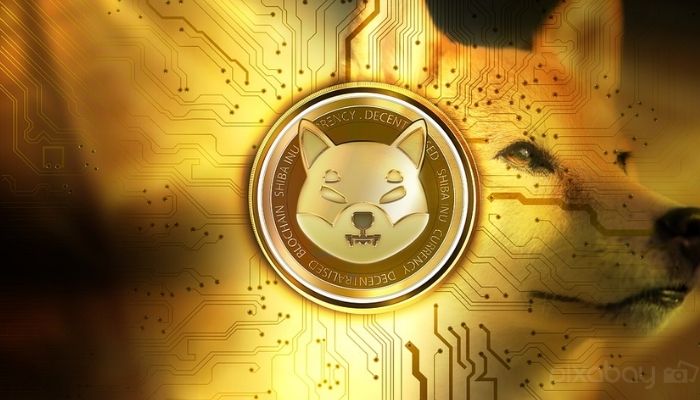 The increased interest in digital assets has caused many people to look at this market more closely. Among so many coins that emerged, some drew more attention because of their performance. One of them is the Shiba Inu, a cryptocurrency that has a Japanese puppy as its symbol.

Although it is not possible to say how the currency will behave in 2022, its performance in 2021 is hat-tricks. The asset’s price rose more than 450,000%, that’s right, 450,000 times the value at the beginning of the year. Despite this, after the excitement of the market, the asset suffered a devaluation and has not yet returned to the levels of mid-October, when it reached support.

If you are thinking of investing in Shiba Inu cryptocurrency, it is important to study a lot about it, understand its appearance, how it works, where to buy it, main risks, advantages and much more. We separate below the main information about Shiba crypto. Check out!

What is the Shiba Inu coin?

Shiba Inu is a cryptocurrency that emerged in 2020 and is considered one of the main competitors of another meme coin, Dogecoin. As it is still very recent, the asset has high volatility. Therefore, it is impacted by strong market speculation, which causes it to have sudden valuations and devaluations. In this scenario, it is important to keep in mind the risks that this type of investment represents, especially for those looking for something safer in the long term.

Related article: How to Connect MetaMask to PancakeSwap?

A “meme” is nothing more than a funny situation that occurs on the internet and goes viral on social networks. Like Dogecoin, Shiba Inu also emerged from a joke. Dubbed the “Dogecoin Killer”, she has thousands of fans around the world known as the Shiba Army, something like the “Shiba Army”. They are the ones who defend the idea that the currency, although similar, has a different objective: to be managed by its own community.

Shiba Inu’s founding group, known as Ryoshi, believes that a decentralized, spontaneous, and self-owned community has a greater capacity to build something stronger. One of Shiba Coin’s great differentials is that it works with a different validation and mining mechanism, the Proof of Stake (PoS), an Ethereum technology. Unlike Dogecoin, which works with Proof of Work (PoW), a Bitcoin blockchain.

In practice, the mechanism used by Shiba Inu gives much more autonomy to the community than Dogecoin. It has expanded its ecosystem, which can guarantee its long-term relevance. This ecosystem consists of two other tokens, in addition to a decentralized exchange and presence in the NFT market, where you can trade works of art.

How does the Shiba Inu cryptocurrency work?

Like almost all active crypto’s, the price varies a lot throughout the year. There are times when it is overrated and others where there is an equally significant drop. With Shiba Inu this is no different. Despite the strong appreciation that it had in 2021, the value of the Shiba currency is $0.00004  (data from December/21 ).

The price of cryptocurrency reached a peak in the months of October and November, reaching the value of $0.000084. This drop of more than 50% may be directly linked to the currency’s low exposure in the media, causing people’s lower interest in the asset. Furthermore, it is also a reflection of the crypto market, which in general has suffered from a devaluation.

Shiba Inu cryptocurrency: where to buy

To enter this market, it is necessary to find a certified exchange to do this type of transaction. The main companies currently operating are CDX, Binance, CoinSwitch and WazirX. All work like a brokerage. With them, it is possible to make bank deposits or transfer amounts between accounts, even in reais.

It is worth keeping an eye on the amount these companies charge for transactions. There are important prices to pay attention to, such as withdrawal fee and minimum amount of tokens, in addition to the flat fee that is charged for cash withdrawal.

Is it worth buying Shiba currency?

While this is no guarantee, there is always a chance that Shiba Inu will have a significant appreciation. This is because the currency is one of the newest on the market, having been launched in mid-2020.

Like most cryptocurrencies, many retailers around the world have started to accept e-currencies as a means of payment. The acceptance of this market on a large scale could make the currency gain more strength in the future.

Unlike Dogecoin, Shiba Inu has a more complete ecosystem, capable of managing smart contracts, mining opportunities, NFTs, among others.

Despite attracting the interest of investors, Shiba Inu suffers a bit due to the lack of fundamentals. This makes the asset unattractive from a security point of view, especially long-term thinking.

The Shiba Inu, as well as several other cryptocurrencies, suffers a lot from the strong market speculation, either positively or negatively. So this is one of the main risks you should take into account.

Despite being considered a cryptocurrency, Shiba Inu does not function as money, unlike other papers such as Bitcoin and Ethereum. It is an asset that is not regulated, which creates greater insecurity.

As with the entire cryptocurrency market, it is impossible to predict how Shiba Inu will perform in the next year. However, although it is the target of a lot of speculation, if it repeats the 2021 performance, it could bring good profits for investors. But remember: investing in crypto assets should only be part of your investment. Diversification is essential to reduce risks.

Now that you know a little more about Shiba Inu, how about deepening your knowledge in company valuation? Master the evaluation of indicators to leverage the management of your actions. Invest now in the course Valuation: Valuation of Companies and Shares and improve your knowledge.

What to write for Us? Please click below for your Technology/ Gadeget/review article for Write for us